Over the course of the three nights, LEGO MASTERS: CELEBRITY HOLIDAY BRICKTACULAR will shake it up like a snow globe, with unpredictable twists and surprises. Fan-favorite builders from past seasons will pair up with the celebrity guests to form teams, all working together to compete in jaw-dropping holiday-themed challenges that will make the contestants’ faces redder than Rudolph’s nose.

As previously announced, the original hit series LEGO MASTERS returns to FOX on Wednesday, Sept. 21 (9:00-10:00 PM ET/PT) with an epic new season where imagination, design, and creativity come to life, as teams of LEGO enthusiasts go head-to-head, with infinite possibilities and an unlimited supply of LEGO bricks. In the series, teams of two compete against each other in ambitious brick-building challenges, to be crowned the country’s most talented amateur LEGO builders. In each episode, host and executive producer Will Arnett, alongside expert Brickmasters and LEGO employees Amy Corbett and Jamie Berard, encourage the builders, introduce incredible challenges and put their creativity and skills to the test. The competing pairs who impress the judges the most progress to the next round, until the finale, during which the top teams face off for a $100,000 cash prize, the ultimate LEGO trophy and the grand title of LEGO MASTERS. Season Three of LEGO MASTERS premières Wednesday, Sept. 21 (9:00-10:00 PM ET/PT) on FOX. 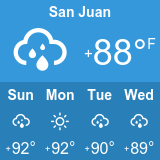